On a crisp Sunday morning on 17th September a team of eight Caxtons’ employees set off at the crack of dawn to ride from Clapham Common to Brighton seafront, in the London to Brighton Charity Bike Ride, in support of Demelza Hospice, the company’s chosen charity of the year.

Demelza cares for life-limited and life-threatened children providing support for them and their families and so far a massive £2,176 has been raised – beating the team’s target of £2000. 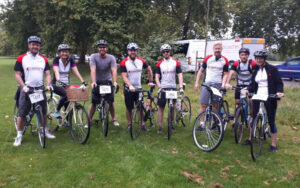 All riders did extremely well to get through the day, with just two water breaks at miles 17 and 40 and a lunch break in between at mile 29 – overall riding the 54 miles to the finish line at Brighton Seafront, with some very undulating terrain and the dreaded Ditchling Beacon, the third-highest point on the South Downs at 248m high.

Despite Tom and Ed forging ahead of the pack for the majority of the race, unfortunately they were miss-directed by a marshal overseeing a nearby Triathlon at the last mile – who then accidentally sent them on a further 3-4 mile trip where they ended up finishing a completely

different race! Their diversion cost them precious time and ultimately they would have completed it in under 6 hours had this not been the case.

Overall the day was a long, hard slog, but a great team effort assisted in raising a significant amount for an extremely worthy cause!

Well done to everyone who took part and a big thank you to all those who sponsored us and helped us reach our target! 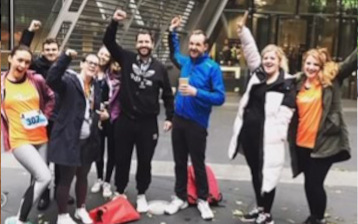 Run up for ‘ellenor’

END_OF_DOCUMENT_TOKEN_TO_BE_REPLACED 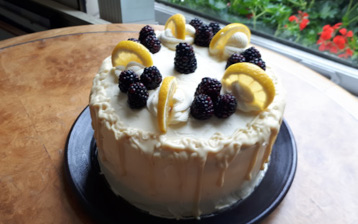 Supporting Macmillan Cancer Support through the Caxtons’ Bake Off

Staff at Caxtons like their cakes. They like to bake cakes and to decorate them, but most of all, they love to eat them! So the Macmillan Caxtons’...

END_OF_DOCUMENT_TOKEN_TO_BE_REPLACED 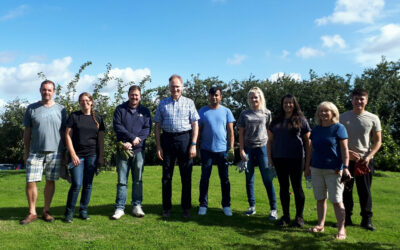 On Thursday 17th and Friday 18th August 23 Caxtons' staff took part in a day volunteering at the Demelza Children's Hospice in Sittingbourne Kent....